Our Take On … Employer Marketing!

All major states across Australia experienced a large increase in vacancy rates for engineering positions in 2021, up by 50 per cent year-on-year. Major stimulus projects and limits on skilled migration, are two of the factors driving the exceptionally high demand for engineering talent. The skills shortage throughout Australia, across discipline, seniority, industry and location, will remain a significant challenge for employers well into the future.

Current estimates, based on an ambitious infrastructure agenda over the next 10 years, dictate the need for an extra 100,000 engineers across Australia. And this is in an era when females are still significantly under-represented in engineering, migrant engineers are facing significant obstacles along their career path and graduate engineers are barely replacing engineers who are are retiring from the profession.

Job ads are now at their highest level for 10 years. And demand is particularly strong for civil engineers, as well as Industrial, mechanical and production engineers. State by state, vacancies year on year have increased by the following percentages: 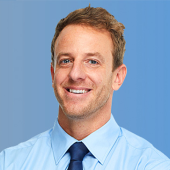 Team Taykon loves to bring our clients and followers interesting recruitment marketing information and creative sourcing ideas. Please let us know if there is a topic you would like us to cover.